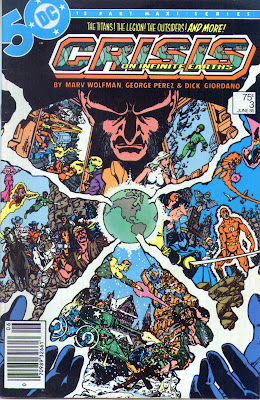 Since DC is pretty much on non-stop-event mode, I thought we would take a look back to the really big one that started it all, Crisis on Infinite Earths.

Placing this in context with Jonah Hex, this was around the end of the normal Jonah Hex run and some weird things were happening in his book with some hints being dropped that Jonah would be changed entirely. My first thought was that the events in Crisis would be the catalyst for the changes in Jonah's book, but that never panned out. 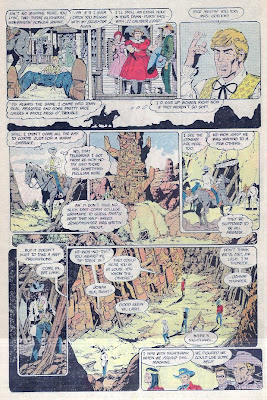 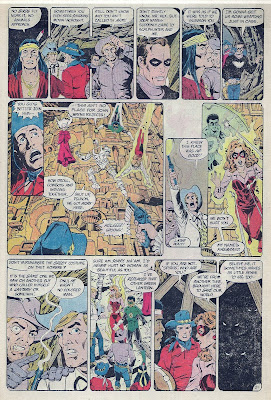 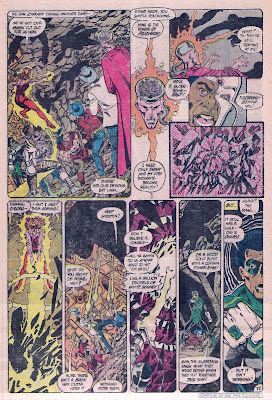 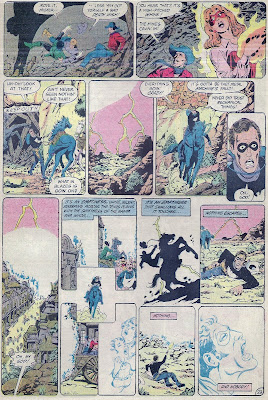 Once again from the cover, a close up of Jonah and his buds. 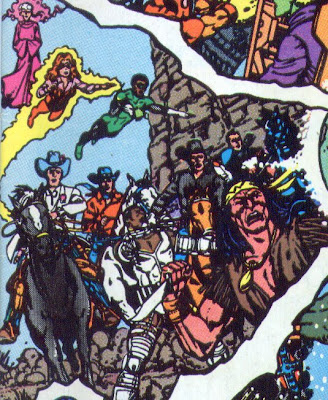 They seemed to take all the crazy flying people pretty much in stride, all things considered.