So ,in 1976, Lex Luthor gets this brilliant idea that he can't defeat Superman because he doesn't hate Superman enough. Lex really really really hates SuperBOY (because it was Superboy that made him bald)! Therefore he hatches a plan to turn Superman back into Superboy. By doing this, he will gain the upper hand because Superboy won't have the edge in experience and Luthor will hate him even MORE.

But like all good plans, he has to try it out first and he uses Flash and Batman as his targets. The young Flash & Batman are trying to convince Superman of their identities. To do this, ...well, let's just let Cary Bates tell us what happens next...

I don't understand it either, Supes 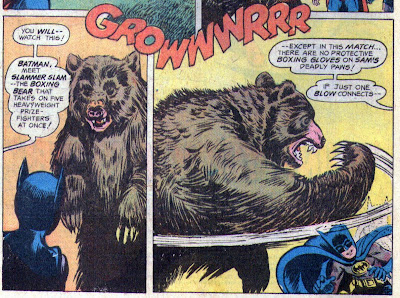 Young Batman leaves goddamn afterimages of his bad self 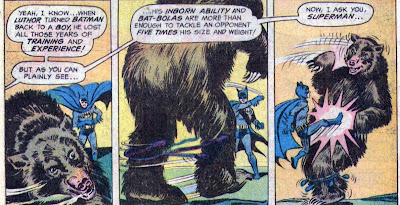 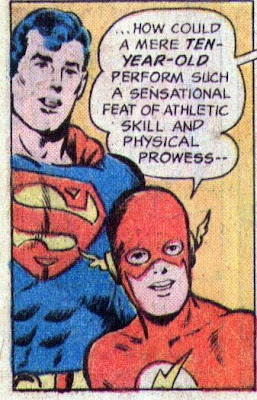 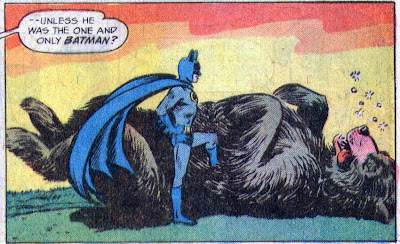 ..is there anything more bad-ass than Young Batman beating a Grizzly until he suffers from "stupor-spots"?
Posted by Dwayne "the canoe guy" at 6:00 AM

And yet an ADULT Batman couldn't take out Monster Sandy. Go figure.

You do realize that I have a picture of Batman getting clonked in the noggin with a stuffed bear head?